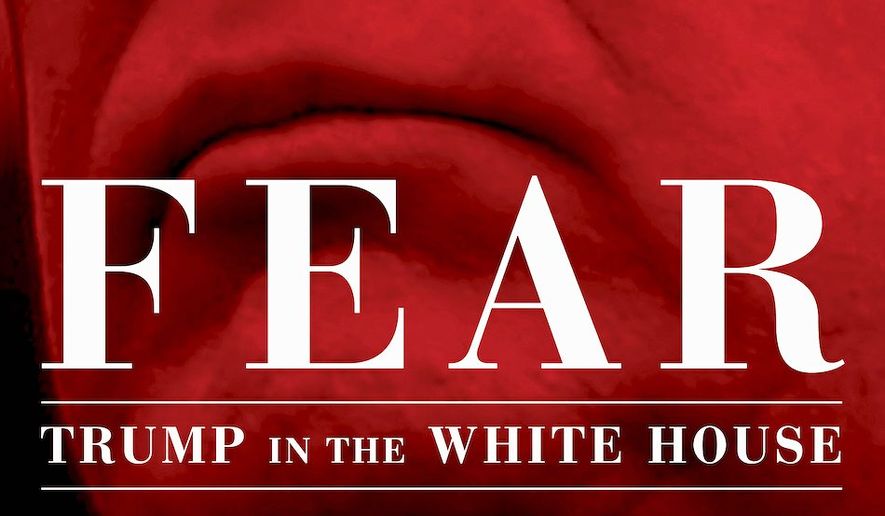 Bob Woodward (of Watergate fame) recently published his exposé of the chaos in the early days of the Trump White House called simply, Fear: Trump in the White House.If you have been paying attention to the news (not Fox) then what you are reading in this book is hardly surprising. You see Steve Bannon come and go. The James Comey drama is in there. You see the contributions of people who played a role in those early days but are now gone, like Hope Hicks and Rob Porter. Tillerson and Trump disagree about foreign policy and Tillerson is replaced by Pompeo. Some of Trump’s fears about the Mueller investigation are covered.

There was a recent article in the NYT’s written by an anonymous source who told us that Trump’s West Wing staff are so worried about Trump’s orders telling them to design documents that will solidify bad policies, orders to place those documents on his desk to be signed, that they delay producing the papers and even remove the documents if they appear on Trump’s desk. They know that Trump’s mind jumps around from one idea to the next and that if the policy document is not placed in front of him he will forget about it (for a while). This is all covered in Woodward’s book. Woodward was there so it helps us feel like we are actually in the Oval Office, flies on the wall, experiencing staff fears in real time.

One of the greatest of all the fears is the one that shows us that someone who formed his policy ideas in some earlier decade, someone as inflexible as Trump, someone unwilling to learn about in-depth intelligence and to apply it to his fondly-held theories, someone unwilling to evolve, to revise old dogma, to encompass new data controls the nuclear codes. People in former administrations did not lightly make nuclear threats in hopes that going nuclear will turn enemies into friends. We don’t usually brag that our nuclear capabilities are greater than those of our enemies although we believe that it is basically understood. Nuclear boasting might backfire and the consequences could be devastating. Sometimes threatening documents, once produced, were removed from presidential proximity before he could sign them, but the fear that surrounds any casual treatment of nuclear weapons is always there.

Bob Woodward is not just making us aware that Trump’s staff lives in fear of Trump inadequacies and belligerent nature; he is telling us that we need to be fearful of a man who is filling a position he does not understand. We need to know that he is running America on ego, calcified opinions, and praise elicited by implied threats (fear). We need to follow Bob Woodward into those rooms in our nation’s White House and watch the slapdash way that business is now conducted daily in America. His account is very readable and the actual meat of the book ends well before the pages do. What follows is a section of photos, some pretty useful end notes, and a detailed index. If you have been paying attention to an in-depth news station like MSNBC it will all be very familiar. What will be different is that this time you are “in the room where it happens”.