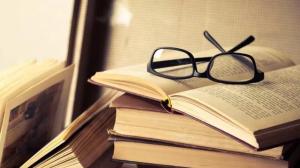 Don’t judge a book by its title. If you paste the title or type it into Google or Amazon you can get a nice brief summary of the book. I have marked some books that I like with an asterisk. This does not mean that you will like these titles best. I sometimes get a brief description of a book as I am compiling this list but I don’t do a search about every book. Keep your eyes open and you will begin to hear which new books create a buzz on people’s reading lists that is reflected on the internet. If you don’t pay any attention to book talk and like to pick your own selections just dip in and start reading. Summer is coming. Some people get lots of reading done in summer, perhaps on vacations. (Probably not if you have young children.) So many good books, so little time.

Rabbits for Food by Binnie Kirshenbaum

Riots I Have Known by Ryan Chapman

The Seven or Eight Deaths of Stella Fortuna: A Novel by Juliet Grames

Walking on the Ceiling: A Novel by Aysegul Savas

The Guest Book: A Novel by Sarah Blake

The Farm: A Novel by Joanne Ramos

A Job You Mostly Won’t Know How to Do: A Novel by Pete Fromm

The Confessions of Frannie Langton: A Novel by Sara Collins

The Paris Diversion: A Novel by Chris Pavone

The Road to Grantchester by James Runcie

The Night Before: A Novel by Wendy Walker

The Rationing: A Novel by Charles Whellan

The Last Time I Saw You: A Novel by Liv Constantine

The Never Game by Jeffrey Deaver

The Satapur Moontstone (A Perveen Mistry Novel) by Sujata Massey

Bitcoin Billionaires: A True Story of Genius, Betrayal, and Redemption by Ben Mezrich

The Apology by Eve Ensler

No Walls and the Recurring Dream: A Memoir by Ani DiFranco

Our Man: Richard Holbrooke and the End of the America Century by George Packer

The Deer Camp: A Memoir of a Father, a Family, and the Land that Healed Them by Dean Kulpers

Riding the Elephant: A Memoir of Altercations Hallucinations, and Observations by Craig Ferguson

How to Forget: A Daughter’s Memoir by Kate Mulgrew

Bitcoin Billionaires: A True Story of Genius, Betrayal, and Redemption by Ben Mezrich

The Dreamt Land: Chasing Water and Dust Across California by Mark Arax

The Darkest Places: Unsolved Mysteries, True Crimes, and Harrowing Disasters in the Wild by the Editors of Outside Magazine

Upheaval: Turning Points for Nations in Crisis by Jared Diamond *

Moneyland: The Inside Story of the Crooks and Kleptocrats Who Rule in the World by Oliver Bullough *

Every Tool’s a Hammer: Life is What You Make It by Adam Savage

Ghosts of Gold Mountain: The Epic Story of the Chinese Who Built the Transcontinental Railroad by Gordon H. Chang

Last Tango in Cyberspace: A Novel by Steven Lotter

Children of Ruin by Adrian Tchaikovsky

A Brightness Long Ago by Guy Gavriel Kay

Lost and Wanted by Nell Freudenberger

The Volunteer by Salvatore Scibona

The Island of Sea Women by Lisa See

Kaddish.com by Nathan Englander “Like a JDate for the Dead”

Midnight in Chernobyl by Adam Higginbotham

The Club by Leo Damrosch *

The Empire and the Five Kings by Bernard-Henri Lévy

The River by Peter Heller *

The Altruists by Andrew Ridker (Humor)

River of Fire by Quirrtulain Hyder

The Alarming Palsy of James Orr by Tom Lee

Save Me the Plums by Ruth Reichl

All You Leave Behind by Erin Lee Carr

The Beneficiary: Fortune, Misfortune, and the Story of my Father by Janny Scott

The Absent Head by Suzannah Lessard

The Club by Takis Würger

Outside Looking In by T C Boyle

A Wonderful Stroke of Luck by Ann Beattie *

Who Slays the Wicked by C S Harris

The Missing Corpse by Sorcha McDonagh

Make Me a City by Jonathan Carr

That Time I Loved You by Carrianne Leung

Sing To It by Amy Hempel (Short Stories)

What You Have Heard is True by Carolyn Forché

Greek to Me by Mary Norris

A People’s History of Heaven by Mathangi Subramanian

Vacuum in the Dark by Jen Beagin

The New Me by Halle Butler

Wounds: Six Stories from the Border of Hell by Nathan Ballingrud (Short Story)

Confessions of an Innocent Man: A Novel by David R Dow (F)

The Parisian: A Novel by Isabella Hammad (F) *

Freedom’s Detectives: The Secret Service, the Ku Klux Klan and the Man Who Masterminded America’s First War on Terror by Charles Lane (NF)

Notes from a Young Black Chef: A Memoir by Kwame Onwuachi (NF)

The Five: The Untold Lives of the Women Killed by Jack the Ripper by Hallie Rubenhold (NF)

Never a Lovely So Real: The Life and Work of Nelson Algren by Colin Asher (Bio)

Falter: Has the Human Gene Begun to Play Itself Out by Bill McKibben (NF)

Alice’s Island by Daniel Sánchez Avévalo, trans. from Spanish by the author

Flowers Over the Inferno by Ilaria Tati, trans. from Italian by Eken Oklap (Crime novel)

The Polyglot Lovers by Lina Wolff, trans. from Swedish by Saskla Vogel (F) *

Sisters and Rebels: A Struggle for the Soul of America by Jacquelyn Dowd Hall (Triple Bio)

The Heartland: An American History by Kristin L Hoganson (NF)

Machines Like Me by Ian McEwan (F) “the novel loses steam”

Springtime in a Broken Mirror by Marlo Benedetti, trans. from Spanish by Nick Caistor (F)

The Invited by Jennifer McMahon (F)

The Ardlamont Mystery: The Real-Life Story Behind the Creation of Sherlock Holmes by Daniel Smith (NF)